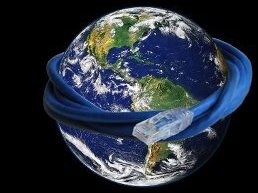 Yesterday I have been to the Europapark in Rust, near Karlsruhe/Freiburg in Germany's South. I went there for the birthday of my youngest brother. So, he took his friend, my mom, me and Freddy. We rented a car by carsharing from the main train station and drove there.
We had lots of fun. This time of the year there are not so many people there, so the queues at the rollercoasters were not too long. The weather was quite good for most of the day (little to cold for hot blooded Mara, but ok) It started to rain the last hour.
We did all the funny rollercoasters at the beginning to beat the big crowds.
The best where Euromir, Silverstar und Eurosat. I like the ghost train.
Whats funny also there is that there are lots of Swiss and French (its close to both borders).

Everytime I am in the Europapark I remember when I was little (like 8 ) I went there with some organisation. I was actually to small to go on my own, so they asked some older kids to watch out for me. But after some seconds we lost each other. So I was scared and on my own. I learnd that "Sortie" means "Exit" in French and I went to drive in the ghost train and the Eurosat (dark rollercoaster) all the time.